The History of How Coal Made Britain

Coal is the commodity that made Britain.

Dirty and polluting though it is, this black rock has acted as a midwife to genius. It drove industry, religion, politics, empire and trade. It powered the industrial revolution, turned Britain into the first urban nation and is the industry that made almost all others possible.

In this brilliant social history, Jeremy Paxman tells the story of coal mining in England, Scotland and Wales from Roman times, through the birth of steam power to war, nationalisation, pea-souper smogs, industrial strife and the picket lines of the Miner’s Strike.

Written in the captivating style of his bestselling book The English, Paxman ranges widely across Britain to explore stories of engineers and inventors, entrepreneurs and industrialists – but whilst coal inevitably helped the rich become richer, the story told by Black Gold is first and foremost a history of the working miners – the men, women and often children who toiled in appalling conditions down in the mines; the villages that were thrown up around the pit-head. Almost all traces of coal-mining have vanished from Britain but with this brilliant history, Black Gold demonstrates just how much we owe to the black stuff. 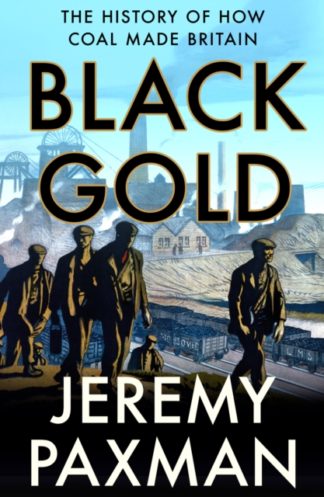