Don’t Laugh, It’ll Only Encourage Her

by Daisy May Cooper

I’ve always had an over-active imagination and felt the urge to be a massive f**king show-off so acting seemed like the obvious choice of career. There was never anything else I wanted to do more. But fulfilling my ambition wasn’t going to be easy .

. . I grew up battling rural poverty which was a struggle enough but my family were completely insane to boot.

Together with my brother Charlie, I staggered my way through adolescence from one drama to the next until finally, after years of trying, we had This Country commissioned by the BBC. By sharing tales of how I accidentally auditioned to be a pole-dancer to being catfished by a one-armed internet boyfriend, I answer all of life’s great mysteries: Could I count wall plaster as one of my five-a-day? Would I find the afterlife in the back of a shitty pub? Who dropped the monster turd at the fake audition? And just how much of a humiliating, ridiculous, screw-up of a s**t-storm life did I need to lead before I could finally realise my dream? 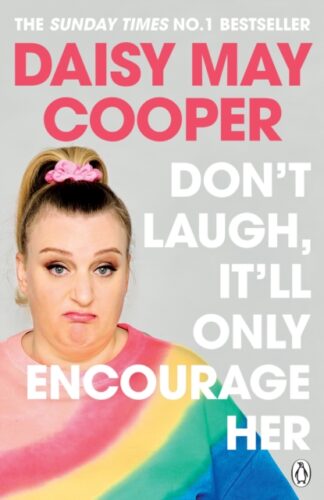 You're viewing: Don’t Laugh, It’ll Only Encourage Her £10.99
Add to basket