Oscar is dead because I watched him die and did nothing.

Leonard is an outsider, a seventeen-year-old uncomfortable in his own skin who is forced to endure a family camping holiday in the South of France. Tired of awkwardly creeping out of beach parties after only a couple of beers, he chooses to spend the final Friday night of the trip in bed.

However, when he cannot sleep due to the sound of wild carousing outside his tent, he gets up and goes for a walk. As he wanders among the dunes, he sees Oscar, one of the cooler kids, drunk in a playground, hanging by his neck from the ropes of a swing. Frozen into inaction, he watches Oscar struggle to breathe until finally his body comes loose and falls lifeless to the ground.

Unable to think straight, he buries Oscar in the sand and returns to the campsite where, oppressed by the ferocious heat and the weight of what he did and did not do, he will try to spend the remaining hours of the holiday as if nothing had happened. Told over the space of a long weekend, this intense and brilliant novel is the story of an adolescent struggling to fit in. Heatwave is a gripping psychological thriller that poses the existential question:Is doing nothing sometimes the very worst thing you can do? 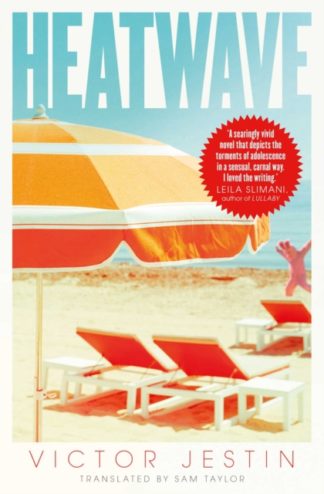 You're viewing: Heatwave £8.99
Add to basket