How To Find Your Way Home

What if the person you thought you’d lost forever walked back into your life? In March 1987, four-year-old Stephen Nelson welcomes his new baby sister, Emily. Holding her for the first time, he vows to love and protect her, and to keep her safe forever. Thirty years later, the two have lost touch and Stephen is homeless.

Emily, however, has never given up hope of finding her brother again, and when he turns up at her office, she thinks her wish has come true. But they say you should be careful what you wish for – because there is a reason the two were estranged . . . As the two embark on a birding trip together, Emily is haunted by long-buried memories of a single June day, fifteen years earlier; a day that changed everything. Will confronting the secrets that tore them apart finally enable Emily and Stephen to make their peace – not just with their shared past and each other, but also with themselves? 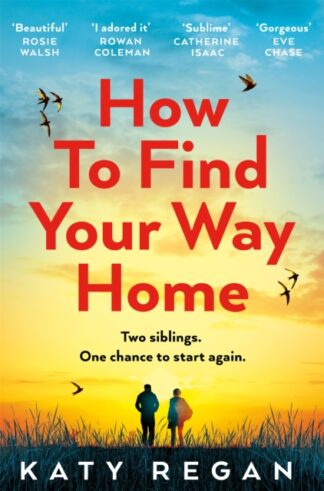 You're viewing: How To Find Your Way Home £9.99
Add to basket