Kiss Myself Goodbye : The Many Lives of Aunt Munca

Aunt Munca never told the truth about anything. Calling herself after the mouse in a Beatrix Potter story, she was already a figure of mystery during the childhood of her nephew Ferdinand Mount. Half a century later, a series of startling revelations sets him off on a tortuous quest to find out who this extraordinary millionairess really was.

What he discovers is shocking and irretrievably sad, involving multiple deceptions, false identities and abandonments. The story leads us from the back streets of Sheffield at the end of the Victorian age to the highest echelons of English society between the wars. An unconventional tale of British social history told backwards, now published with new material discovered by the author about his eccentric aunt, Kiss Myself Goodbye is both an enchanting personal memoir and a voyage into a vanished moral world 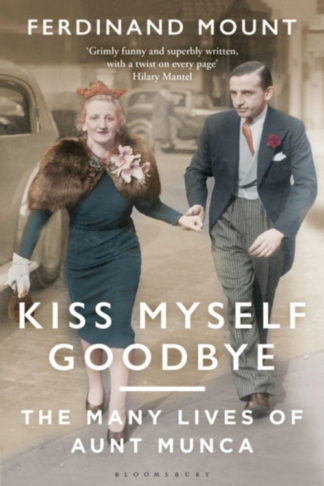 You're viewing: Kiss Myself Goodbye : The Many Lives of Aunt Munca £10.99
Add to basket