rom the critically acclaimed, multimillion-copy bestselling Little People, BIG DREAMS series, discover the life of Nikola Tesla, the scientist and inventor whose groundbreaking inventions we continue to use today. Since he was a young boy growing up in the Austrian Empire, Nikola was fascinated by science and numbers. His teachers knew he had a brilliant mind, but Nikola’s irregular routines and fondness for playing cards meant that he was kicked out of school before he could finish his exams.

However, after working for a spell at the Budapest Telephone Exchange, where he made several clever innovations to their electrical systems, he managed to get a job with Edison Machine Works in New York, U.S.A. In the United States, Tesla’s inquisitive nature and ingenious mind spurred him on to keep exploring electricity, and he came up with several groundbreaking inventions during this time, including breakthroughs in alternating current and wireless remote controls. By the end of his life, the brilliant inventor had more than 300 patents for original and unique inventions, and had advanced scientific thought by a generation. 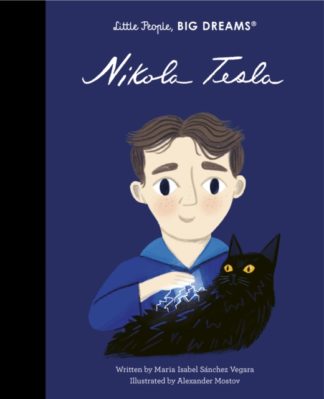