In this book from the critically acclaimed, multimillion-copy bestselling Little People, BIG DREAMS series, discover the life of Wilma Mankiller, the first woman to be elected as Principal Chief of the Cherokee Nation. Growing up, little Wilma was surrounded by her Cherokee heritage. Her parents taught her to be proud of who she was, and all that had come before her.

But when the family moved from Oklahoma’s Rocky Mountains to the city of San Francisco, it was a big change, and Wilma fully realised how unfairly the world treated Native Americans. As an adult, she became a leader in the fight for Native American rights, and rose to become the first woman to ever be elected as a Chief of a Cherokee Nation. This inspiring book features stylish and quirky illustrations and extra facts at the back, including a biographical timeline with historical photos and a detailed profile of the pioneering Native American leader and activist. 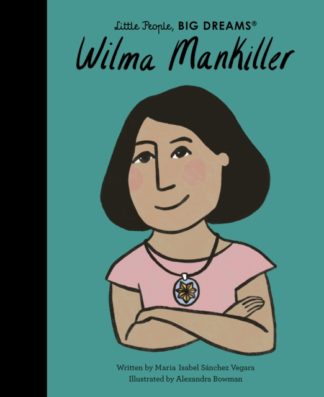