Joan can’t change her family’s past. But she can create her future. Joan was only a child the last time she visited Memphis.

She doesn’t remember the bustle of Beale Street on a summer’s night. She doesn’t know she’s as likely to hear a gunshot ring out as the sound of children playing. How the smell of honeysuckle is almost overwhelming as she climbs the porch steps to the house where her mother grew up.

But when the front door opens, she does remember Derek. This house full of history is home to the women of the North family. They are no strangers to adversity; resilience runs in their blood.

Fifty years ago, Hazel’s husband was lynched by his all-white police squad, yet she made a life for herself and her daughters in the majestic house he built for them. August lives there still, running a salon where the neighbourhood women gather. And now this house is the only place Joan has left.

It is in sketching portraits of the women in her life, her aunt and her mother, the women who come to have their hair done, the women who come to chat and gossip, that Joan begins laughing again, begins living. Memphis is a celebration of the enduring strength of female bonds, of what we pass down, from mother to daughter. Epic in scope yet intimate in detail, it is a vivid portrait of three generations of a Southern black family, as well as an ode to the city they call home. 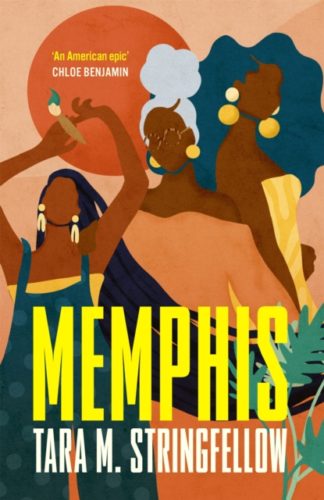