London, 1936 Lena Aldridge is wondering if life has passed her by. The dazzling theatre career she hoped for hasn’t worked out.

Instead, she’s stuck singing in a sticky-floored basement club in Soho and her married lover has just left her. She has nothing to look forward to until a stranger offers her the chance of a lifetime: a starring role on Broadway and a first-class ticket on the Queen Mary bound for New York. After a murder at the club, the timing couldn’t be better and Lena jumps at the chance to escape England.

Until death follows her onto the ship and she realises that her greatest performance has already begun. Because someone is making manoeuvres behind the scenes, and there’s only one thing on their mind… MURDER Miss Aldridge Regrets is the exquisite new novel from Louise Hare.

A brilliant murder mystery, it also explores class, race and pre-WWII politics, and will leave readers reeling from the beauty and power of it. 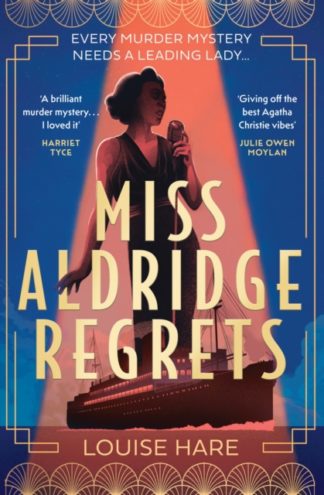