One Two Three Four: The Beatles in Time

John Updike compared them to ‘the sun coming out on an Easter morning’. Bob Dylan introduced them to drugs.

The Duchess of Windsor adored them. Noel Coward despised them. JRR Tolkien snubbed them.

Successive Prime Ministers sucked up to them. No one has remained unaffected by the music of The Beatles. As Queen Elizabeth II observed on her golden wedding anniversary, ‘Think what we would have missed if we had never heard The Beatles.’ One Two Three Four traces the chance fusion of the four key elements that made up The Beatles: fire (John), water (Paul), air (George) and earth (Ringo). 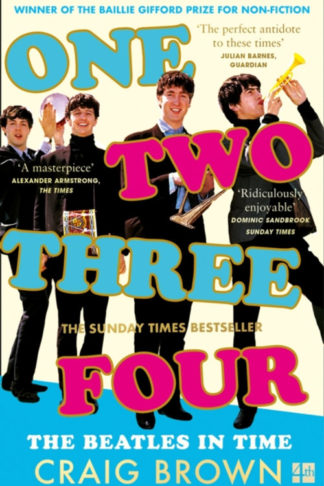 You're viewing: One Two Three Four: The Beatles in Time £9.99
Add to basket