Milo lives on board the Sesquipedalian, or “Quip” – a magical train that uses the power of imagination to travel through both Story and the real world. The train is owned by Milo’s uncle, Horatio, and Milo has witnessed many of his uncle’s dodgy dealings as a book smuggler trading in rare books.

When Horatio takes on a dangerous new job, he needs the help of Tilly Pages. And Tilly owes Horatio a favour. But when poisoned copies of The Wizard of Oz are sent to Horatio and Tilly’s grandfather, sending them both into deep sleeps, Milo and Tilly find themselves racing against time to save them – and to figure out what is going on.

Their journey takes them to the Emerald City with Dorothy, rocketing on the unruly Quip, and eventually to Venice in Italy, in pursuit of the mysterious Alchemist. The very essence of imagination, story itself, may be in danger . . . 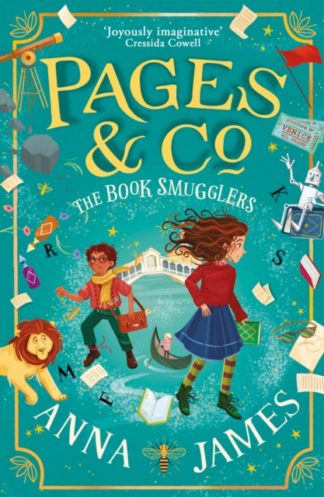