Queens of the Crusades : Eleanor of Aquitaine and her Successors

Crusading queens, queens in rebellion against their king, queen seductresses, learned queens, queens in battle – the Plantagenet queens broke through medieval constraints to exercise power and influence, for good and sometimes for ill.

Beginning with the formidable Eleanor of Aquitaine whose marriage to Henry II sows the seeds for some of the most destructive family conflicts in history and ending with Eleanor of Castile, the grasping but beloved wife of Edward I, Alison Weir’s ground-breaking history of the queens of medieval England provides an enthralling new perspective on a dramatic period of high romance and sometimes low politics, with determined women at its heart. 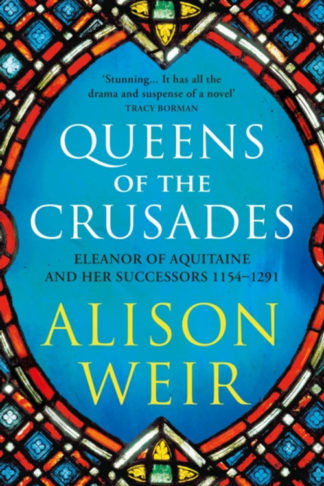 You're viewing: Queens of the Crusades : Eleanor of Aquitaine and her Successors £10.99
Add to basket