We’re very sorry, but we no longer have any signed copies in stock.

Plague is not the only killer — an historical epic of murder and mystery, myth-making and nation-building, from the winner of the Nobel Prize for Literature. 1901. Night draws in.

With the stealth of a spy vessel, the royal ship Aziziye approaches the famous vistas of Mingheria. ‘An emerald built of pink stone’. The 29th state of the ailing Ottoman Empire.

The ship carries Princess Pakize, the daughter of a deposed sultan, her doctor husband, and the Royal Chemist, Bonkowski Pasha. Each of them holds a separate mission. Not all of them will survive the weeks ahead.

Because Mingheria is on the cusp of catastrophe. There are rumours of plague – rumours some in power will try to suppress. But plague is not the only killer.

Soon, the eyes of the world will turn to this ancient island, where the future of a fragile empire is at stake, in an epic and playful mystery of passion, fear, scandal and murder, from one of history’s master storytellers. 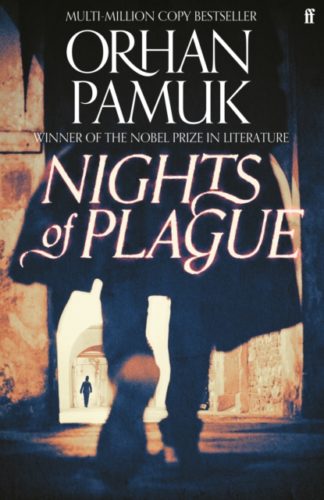