George, Neila and Bash are the worst band on Earth. George wants them to be brilliant – but Neila has stage fright, and Bash is too distracted by his obsession with stars, aliens and faraway planets.

But what they lack in talent and confidence, they make up for in heart. They’re determined to blow their friends away at their school Battle of the Bands contest. But the moment they start to play…

They’re beamed up into space!!!Now the kids face an even bigger challenge: Battle of the Bands, but the intergalactic version. They’re competing against alien bands from every galaxy! And if they don’t win, they might never make it home again… Can the worst band on Earth become the best band in the universe? 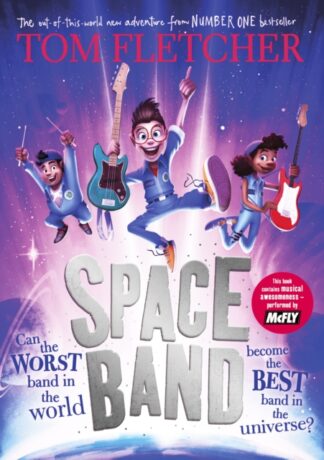