Adventures on Trains series embarks on a thrilling sixth adventure as Harrison Beck and Uncle Nat climb aboard the night train to Narvik, travelling to the Arctic Circle to see the northern lights for Christmas. But as their train leaves Stockholm, Hal and Uncle Nat realize they’re being followed by a sinister figure, and Hal’s powers of observation are tested when Uncle Nat’s past comes back to haunt him.

Journeying into the never ending night of the arctic winter, our railway detectives must outsmart an assassin in their most chilling adventure yet, in which nothing is as it seems. 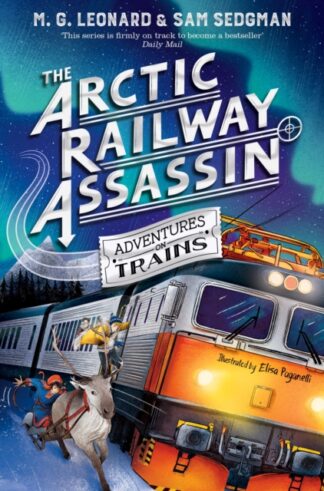 You're viewing: The Arctic Railway Assassin £7.99
Add to basket