Lesson Two of the Scholomance

Return to the Scholomance – and face an even deadlier graduation – in the stunning sequel to the ground-breaking, Sunday Times bestselling A Deadly Education.

The dark school of magic has always done its best to devour its students, but now that El has reached her final year — and somehow won herself a handful of allies along the way — it’s suddenly developed a very particular craving . . .

For her. As the savagery of the school ramps up, El is determined that she will not give in; not to the mals, not to fate, and especially not to the Scholomance.

But as the spectre of graduation looms — the deadly final ritual that leaves few students alive — if she and her allies are to make it out, El will need to realise that sometimes winning the game means throwing out all the rules. 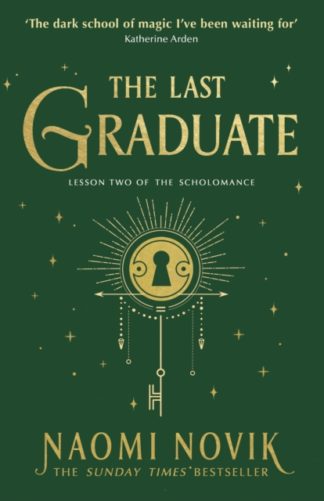 You're viewing: The Last Graduate £8.99
Add to basket