Dr Ruth Galloway returns to the moody and beautiful landscape of North Norfolk to confront another killer. A devastating new case for our favourite forensic archaeologist in this acclaimed and bestselling crime series.

The Night Hawks, a group of metal detectorists, are searching for buried treasure when they find a body on the beach in North Norfolk. At first Nelson thinks that the dead man might be an asylum seeker but he turns out to be a local boy, Jem Taylor, recently released from prison. Ruth is more interested in the treasure, a hoard of Bronze Age weapons.

Nelson at first thinks that Taylor’s death is accidental drowning, but a second death suggests murder. Nelson is called to an apparent murder-suicide of a couple at the isolated Black Dog Farm. Local legend talks of the Black Shuck, a spectral hound that appears to people before they die.

Nelson ignores this, even when the owner’s suicide note includes the line, ‘He’s buried in the garden.’ Ruth excavates and finds the body of a giant dog. All roads lead back to this farm in the middle of nowhere, but the place spells serious danger for anyone who goes near. Ruth doesn’t scare easily.

Not until she finds herself at Black Dog Farm … 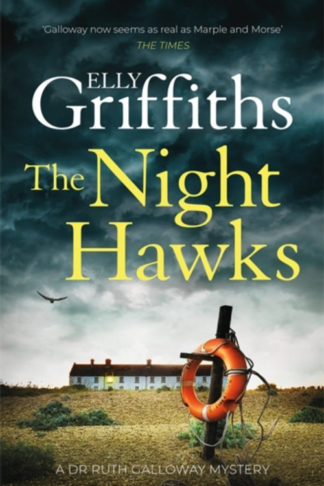 You're viewing: The Night Hawks £8.99
Add to basket