Summer, 1973. Teenage Ruth and her four friends spend the scorching summer days in the river, recreating tableaus of the drowning Ophelia and other tragic heroines. But as autumn draws nearer, real tragedy has found them.

Summer, 1997. Ruth returns to her childhood home with her husband and three children, including her eldest daughter seventeen-year-old Maeve. However when Stuart, an old family friend comes to stay, the uneasy relationship between mother and daughter is pushed to its limit.

For Stuart’s arrival is a reminder of a death in Ruth’s past, while Maeve is feeling more alive than ever . . .

As the heat of the summer burns, how long can the family go before long-held secrets threaten to burst their banks and drown them all?

Set between two fateful summers, Jane Healey’s The Ophelia Girls is a visceral, heady exploration of illicit desire, infatuation and the perils and power of being a young woman. 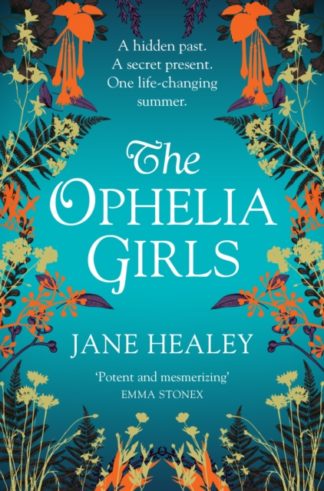 You're viewing: The Ophelia Girls £8.99
Add to basket