Six years in the making, The Pink Line follows protagonists from nine countries all over the globe to tell the story of how LGBTQ+ Rights became one of the world’s new human rights frontiers in the second decade of the twenty-first century. From refugees in South Africa to activists in Egypt, transgender women in Russia and transitioning teens in the American Mid-West, The Pink Line folds intimate and deeply affecting stories of individuals, families and communities into a definitive account of how the world has changed, so dramatically, in just a decade.

And in doing so he reveals a troubling new equation that has come in to play: while same-sex marriage and gender transition are now celebrated in some parts of the world, laws to criminalise homosexuality and gender non-conformity have been strengthened in others. In a work of great scope and wonderful storytelling, this is the groundbreaking, definitive account of how issues of sexuality and gender identity divide and unite the world today. 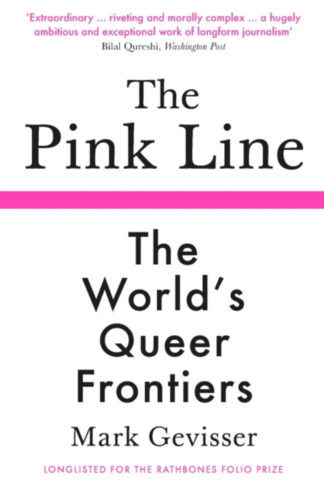 You're viewing: The Pink Line: The World’s Queer Frontiers £10.99
Add to basket