Here it was that the ships sailed to San Francisco and further north. Here the Yoeme prisoners would have disembarked. Here the singer may have stood.

Here she stands. She should never have come. The White Rock stands, ancient and sacred, off the Pacific coast of Mexico.

Four people, across four centuries, each navigating ruptures to the world they know, are irresistibly drawn to it. 2020: A British writer travels with her husband to give thanks for the birth of their child. 1969: An American rock star runs from the law in the final act of his self-destruction.

1907: A Yoeme girl is torn from her homeland and taken by force to the coast. 1775: A Spanish naval officer prepares to set sail to continue the conquest of the Pacific coast. As the White Rock bears witness to the truth that they are not the first to face days of reckoning, is there still a chance they might not be the last? 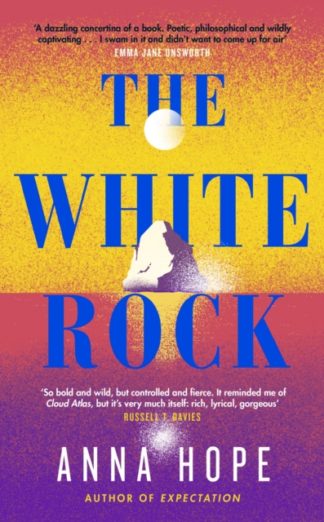