Edith Twyford was once a world-famous children’s author, but now her only legacy is the rumoured existence of the Twyford Code: a series of clues hidden in her books leading to… what? No one knows – but that hasn’t stopped the speculation.

Steve Smith can trace nearly all the bad things in his life back to Edith Twyford. As a child he found one of her books, covered in strange symbols. He showed it to his teacher, Miss Iles, who was convinced it held the key to the code.

Within weeks Miss Iles had disappeared, and Steve has no idea if she is dead or alive – or if she was right. Now he’s determined to find out. But the Twyford Code hides secrets some would do anything to possess, and Steve isn’t the only one on its trail.

The race is on to solve the mystery of the century. Could you get there first?The cosy crime sensation of the summer from the author of The Appeal, perfect for fans of Richard Osman and S. J. Bennett. 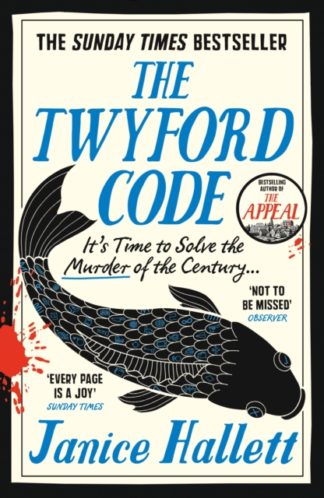 You're viewing: The Twyford code £8.99
Add to basket